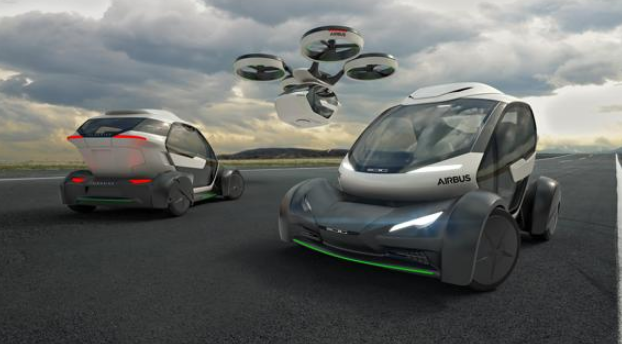 Pop.Up is the last attempt of the human being to conquer the skies of the cities and decongest the roads and streets of the big cities. The owner of the vehicle is Airbus who has presented his new car at the Geneva motor show.

The prototype consists of a modular structure that, depending on the choice, can be moved by land or by air, and has the collaboration of the aerospace company Italdesign.

Pop-Up consists of several modules. The first one is a small cabin with capacity for two passengers. This cabin, about 2.6 meters in length, can be incorporated into two other modules: either a four-wheel structure or another composed of four large propellers.

This vehicle is presented as a versatile means of transport that can be converted into an electric car or a drone capable of moving through the air, both electric and autonomous.

In addition, it can be integrated into other means of transport, such as trains or hyperloops, according to Airbus announced through a statement.

The main objective of Pop.Up is to decongest the traffic of the cities. Airbus and Italdesign consider that “transport has become one of the most urgent challenges for megacities around the world,” according to the Italian company’s website. Faced with a possible increase in urban traffic in the year 2030, the Pop.Up model tries to configure a sustainable alternative.