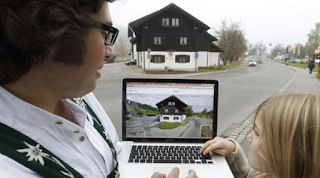 360-degree images show the strength of the Marum volcano

Google Street View cameras allow anyone who wants to feel the adrenaline and excitement of entering the active volcano of Marum, in the middle of the island of Ambrym. A journey of 400 meters below ground level, across the width of the crater, made by explorers Jeff Mickey and Chris Orsay, reaching the same effervescent lava lake, which has an approximate size of two football fields and where the temperature exceeds 500 degrees centigrade. An adventure that can be lived, without danger, with the 360-degree images compiled by the two explorers throughout the tour.

More than 1,600 kilometers from the coast of Australia is the remote country of Vanuatu, an archipelago of 80 tiny islands full of leafy jungles, clean black sand beaches and nine erupting volcanoes. “You realize the insignificance of the human being when you are next to a giant lake of burning rocks that is boiling, it’s like being inside the solar surface,” said Mickey. “To be on the edge of this lake of lava and feel the heat it gives off in the skin is an amazing sensation,” said Orsay after returning from his descent to the crater. “I hope that by putting the images that we have collected to the service of the users of Google Maps, people will realize the wonderful planet in which we live,” he said.

Ambrym has a volcanic caldera in an inhospitable area of â€‹â€‹more than 100 square kilometers, which includes two active volcanic cones, called Benbow and Maru. But in this tropical island also live more than 7,000 people, who reside in the forest that is in the foothills of the mountain. Although the volcano has played a very important role in defining the history of the island due to its unpredictable eruptions and its influence on agriculture and the environment, this population has learned to live in harmony with this natural phenomenon.

On Street View you can walk the streets of 81 countries and visit the most incredible natural and historical places around the world, such as the Samburu National Park in Kenya, the Grand Canyon, or the walking trails in New Zealand.