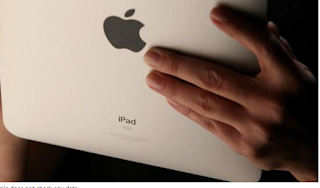 Are health apps for smartphones useful? The answer is yes, at least so says the Mount Sinai Hospital in the United States. The researchers of this center are involved in the Apple Researchkit project and have verified that the data collected by the iPhone are quite similar to the reports collected from asthmatic patients.

The study, published in the journal Nature Biotechnology, suggests that health care apps can be reliable, at least when it comes to asthma. The Cupertino giant launched in 2015 a medical platform where doctors are assisted in their work.

The first partners of the project include major players such as the University of Oxford, Stanford Medicine and the Dana-Farber Cancer Institute. Apple launched an app for the study of asthma in its first version.

Currently, around 50,000 users have downloaded this application from the Apple Store and more than 7,000 people have enrolled in the study.

The patients conducted a series of surveys on the way they suffer from asthma. The application provides information on location and air quality. From there, scientists compare the data collected by the user and those of their environment, according to The Verge.

However, despite good data, experts warn of the low participation in the project. According to data made public by the researchers, 85% of the users have not answered the questions and about 30% have submitted incomplete information.